Hodgkin’s lymphoma is a rare type of Lymphoma cancer which is a cancer of the blood. Hodgkin’s lymphoma, also referred to as Hodgkin’s disease, affects the lymphatic system, specifically the white blood cells which fight infection, making them abnormal.

The lymphatic system comprises of the spleen, tonsils, lymph nodes and thymus. 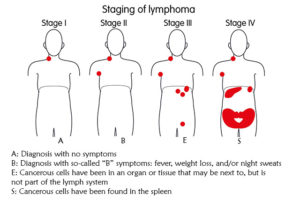 The symptoms of this cancer are similar to those of Non-Hodgkin’s lymphoma which include:

The exact cause of Hodgkin’s lymphoma is not known, but the risk factors that increase a person’s chance to develop this disease include:

Diagnosis and Treatment of Hodgkin’s Lymphoma

Hodgkin’s lymphoma can be diagnosed through a physical exam, Imaging tests like CT, PET scan and x-ray, removing a lymph node or bone marrow to test for the cancer or by carrying out blood tests which can help in determining whether a person has cancer.

The stage and type of Hodgkin’s lymphoma one has, determines the treatment option to be used. These treatment options for this cancer include; chemotherapy, radiotherapy and bone marrow transplant, among others.

You can reduce your risk of getting this cancer by:

Treating cancer in its early stages is less costly and more likely to be successful.