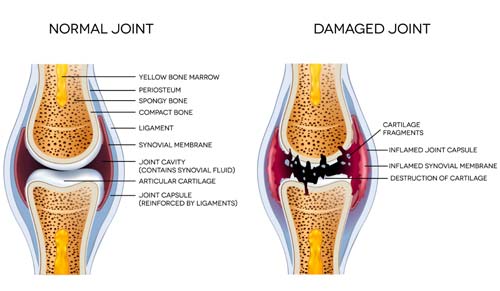 Orthopaedics is an area of surgery concerned with injuries and conditions that affect the musculoskeletal system which includes the bones, joints, ligaments, tendons, muscles and nerves.

Diagnosis
Your doctor will likely ask you to describe your symptoms and perform a physical exam as well as asking about your medical history. The tests needed to diagnose Joint, Bone or other Orthopaedic disorders may depend on what condition your doctor thinks you might have. The test could include:

Please click on the type of joint from the list below to see the common treatment options for that specific joint. Please note that if the joint treatment is not listed below, please contact us and we will find out if the treatment is available at one of our partner hospitals.

Our partner hospitals have advanced, cutting-edge equipment and highly trained orthopaedic surgeons who can perform a range of treatments to help treat severe Joint, Bone and other Orthopaedic disorders. These could include:

These are some of the common treatment options for knee conditions

Total/ Partial Knee Replacement: This is done by replacing the damaged end of the knee bone using a stem with a metal head which sits on a plastic shell. It is done to replace a knee joint that has been severely affected by arthritis. It can be done to the entire knee or just part of the knee depending on the extent of the damage.

These are some of the common treatment options for hip conditions

These are some of the common treatment options for shoulder conditions

Total or Partial shoulder replacement: This is done by replacing the damaged end of the upper arm bone using a stem with a metal head which sits on a plastic shell. It is done to replace a shoulder joint that has been severely affected by arthritis. It can be done to the entire shoulder or just part of the shoulder depending on the extent of the damage.

These are some of the common treatment options for spine conditions

These are some of the common treatment options for ankle conditions

Ankle joint Replacement: This procedure is done by making an incision over the front of the ankle, retracting the muscles and moving the tendons and ligaments thereby exposing the ankle joint after which the tibia, talus and fibula are removed, and the remaining part of bones reshaped to fit the artificial prosthesis. It helps to relieve pain and immobility which is caused by ankle arthritis.

These are some of the common treatment options for elbow conditions

Total Elbow Replacement: It is done by making an incision at the back of the elbow which allows for moving of muscles aside to access the bone after which scar tissue is removed and the humerus is prepared to fit the metallic piece that replaces the side of the joint that needs to be replaced.

Correction of limb deformities using Ilizarov apparatus: This is an external fixation apparatus used in orthopaedic surgery to lengthen or reshape limb bones and to treat complex bone fractures.

These are some other common treatment options

Maybe you don’t have access to a hospital or clinic that can give you the treatment that you need for Joint, Bone or other Orthopaedic disorders.

IMT can help you access cost-effective, high quality treatment at our partner hospitals  in Dubai, Thailand and India. We can link you with the right hospital and arrange your travel.

To learn more on orthopaedic treatments available at our partner hospitals please click the button below.

Prevention is always better than a cure. Some of the ways you can reduce your risk of getting Joint, Bone or other Orthopaedic disorders include:

If you would like to find out more about Joint, Bone or other Orthopaedic disorders and its different types, we have put together a few high quality links that could be useful.

This site provides a very good overview of joint pain and management.

This site provides a good overview of the treatment options available.

How IMT Can Help?

Seeking treatment for Joint, Bone or other Orthopaedic disorders should be easy

We recommend that you see your local doctor for health check-ups and that you keep yourself informed about the best ways to maintain a healthy life-style.

We also do recommend that you take preventative measures such as eating healthily and exercising regularly.

But maybe you find that you need more than your local doctor or hospital. Maybe you want to access a fully-equipped, internationally recognized hospital or clinic overseas which can provide comprehensive health check-ups, a full range of diagnostic testing and state-of-the-art treatments.

If you would like to find out more about treatment options for bone or other orthopaedic conditions at top hospitals in India, Dubai and Thailand, please contact us today. You will get a free, dedicated client coordinator who will help coordinate with our partner hospitals to provide you, for free, with treatment plans and quotes to allow you to make an informed decision about which hospital and treatment is right for you.

All our partner hospitals are internationally accredited (JCI) and are the top hospitals in each country. We only work with market leading hospitals.

If you arrange things through us you will never pay more than if you were to contact the hospitals directly.

No hidden fees, no obligations – receive a free, dedicated coordinator from IMT to help coordinate and book your international medical treatment.

Click the button below to fill out a short form with your information to get treatment options from specialists at our partner hospitals today.