What Is Multiple Myeloma?

Multiple myeloma is a type of cancer that occurs in the plasma cells (a type of blood cell) in the bone marrow. It is also known as Myeloma. Unlike most other cancers, it does not form a tumour, but instead the myeloma cells divide and expand within the bone marrow causing damage to the bones which in turn affects the production of healthy blood cells. The reason why it can also be referred to as multiple myeloma is because it affects many parts of the body.

In the early stages of this cancer, there may be no symptoms experienced. However, as the cancer progresses, the following symptoms can occur: 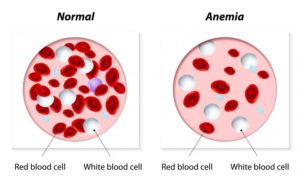 The exact cause of this type of cancer is not known. However, some of risk factors include:

To determine whether one has multiple myeloma, the following tests can be done:

Although multiple myeloma has no known cure, there is treatment to improve the quality of life for those who get it. Treatment is started after the symptoms begin to manifest. Some of these treatments include:

People with multiple myeloma can live longer if they take good care of their health by doing the following:

People with multiple myeloma need to have a strong support system and the necessary care. That is why it is important to create more awareness about this type of cancer so that people who are suffering from this disease and those whose loved ones have multiple myeloma are able to cope with the disease.

Treating multiple myeloma in its early stages is less costly and more likely to be successful.

We, at International Medical Treatment (IMT), are experienced facilitators who can link you with some of the best oncologists in our partner hospitals in India, Dubai and Thailand.